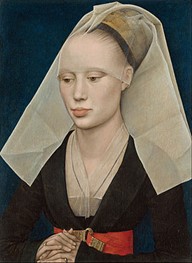 Of the eighteen charters in Faversham’s collection, twelve possess seals appended with sets of silk braids.  Eleven of these use fingerloop braiding, a technique where the threads to be braided are formed into loops or ‘bowes’ which are places over the fingers and exchanged in a series of patterns.  Fingerloop has been found worldwide throughout history and reached its zenith in medieval Europe between 1200 and 1600CE.

The Faversham seals each include two braids of contrasting colours which are appended through holes on the folded bottom edge of the document continuing into a four-braid plait.  The seal is affixed, with the braids enclosed right through the centre of the wax.  The colours have been preserved relatively well (particularly the greens and blues) although some fading is evident with the braids which might have been a rich red originally and now resemble more of a pink.  The earliest 1252 Henry III charter is the only one of the twelve with silk braids not to use the fingerloop technique and instead has its seal appended on silk laces that have been woven using the technique of tablet weaving.  The 1302 charter of Edward I has had its great seal and laces torn away and the remaining charters have parchment tags.

It is interesting to speculate where and by whom the laces for the seals were made and given the importance of the Charter documents, it is highly likely that skilled professionals were employed.  London silkwomen were accomplished artisans whose useful and sumptuous products in silk and gold thread, played a central role in the ornamentation of clothes and furnishings in the late medieval world.  They were the medieval equivalent of the designer-label.

Although not recognized as a guild of the city, the ‘mistery and craft’ of silkwomen followed the practice of industry at the time; they took on apprentices, employed workers, undertook their own business transactions, and organised themselves as a body to present petitions concerning their work. They traded independently of their husbands as ‘femme soles’ buying raw materials direct from Italian merchants and selling the resulting high-end products to a wide range of clients up to and including royalty.

Braids and cords had many uses from document seal tags such as on the charters, to trimming and fastening clothes as laces for silk points.  Fragile cauls or hairnets for the hair, fine ribbons, Wider, thicker woven bands or ‘corses’ became girdle belts like one which appears in the c.1460 painting Portrait of a Lady (Rogier van der Weyden).  Decorative knoppes and tassels adorned clothing, books, cushions and beautifully embroidered bags and fringes were stitched to the edges of bed canopies, altar cloths and horse harnesses.  Documentary evidence, paintings and extant examples help paint a vivid portrait of goods which had a high social significance and were used by eminent people as the finishing touches to their personal displays of wealth.