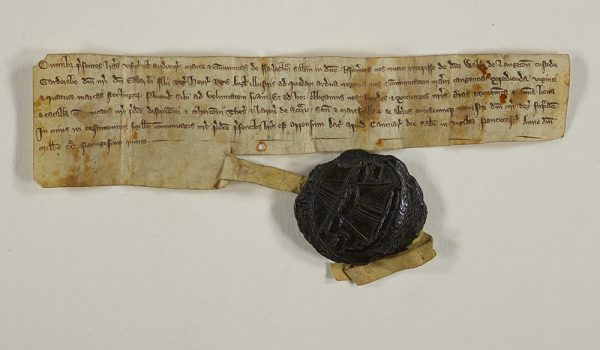 The earliest surviving example of the seal of Faversham

Bond by the Mayor and Corporation of Faversham are to repay Sir Walter de Langton, Keeper of the Wardrobe of King Edward I, upon demand, the sum of 24 marks, which he has advanced to them ‘for the expedition of certain arduous negotiations touching us and our corporation’. 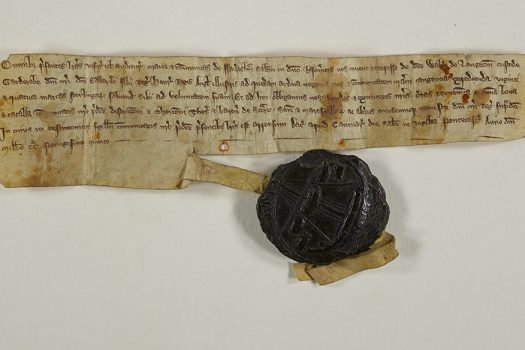 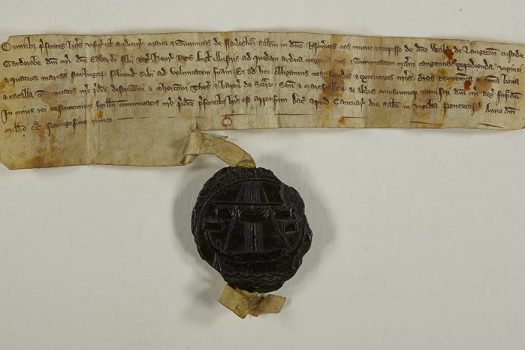 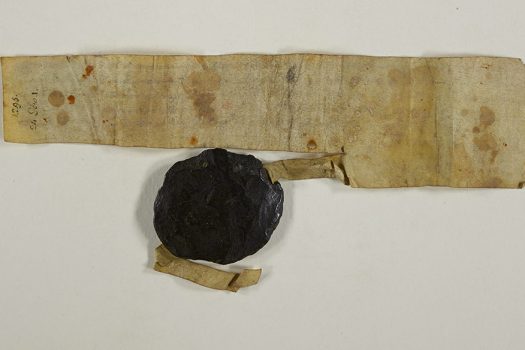