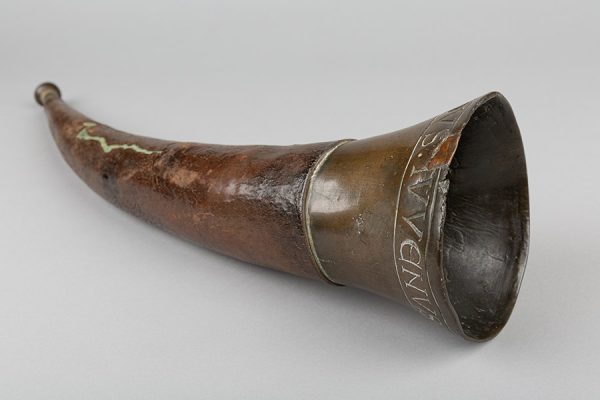 Of slightly curved shape the horn has been cast in one piece. The mouthpiece receiver is a separate part as is the mouthpiece which is firmly pushed in against a white metal washer and some sort of wadding to hold it in place. A piece of leather has been wrapped around the body of the horn.

Inscription: Engraved around the bell: RICARDUS JUVENUS ME FECIT. Radiography also revealed hidden by the leather covering a rolling incised decoration of foliage.

Repair: There is a repair to the bell of brass, but at some time the horn suffered a severe trauma to the back bow, the whole except for the bell and mouthpiece receiver and mouthpiece has been covered in leather. A bulge could be felt underneath the leather and X-radiography revealed a very long solder patch (see Fig xx). There are historical records showing that the horn was repaired at least four times. Unfortunately, only in one instance do the accounts say to whom the money was paid.

F 35 Item of xvjd (16d) for mending along with several other things , the brazen horn.

F 115 item paid for mendying of the brazen horn… ijs vjd (2s 6d) this was obviously a bigger job.

Dennis Wharton (1621-1663) was a Brazier living in Faversham, his father also named Dennis was possibly the brazier who carried out the repair in 1637 as his son would have been aged 15 and perhaps his apprentice.

In the period up to the 13 th century there was constant animosity between the Abbot of Faversham who was Lord of the town and the Mayor and commonality of Faversham. Consequently, Faversham to escape the demands of the Abbey allied itself in 1229 with the Cinque Ports as a limb of Dover.

Notwithstanding their alliance with the Cinque Ports the Townspeople were more or less forced in the presence of the King into a custumal, as an ’Agreement between the Abbot of Faversham Abbey and the men of Faversham’ with dire consequences if the rules were transgressed (Gibson 2002; 973 and Harrington & Hyde.2008;xlvii).

The Abbot had been in dispute with the Archbishop of Canterbury over rights of jurisdiction. This coupled with a play that was held in the church somehow led to ‘violence’ and two ‘riots’ in and around the church. And at the 2nd riot the horn was blown. One surmises to rouse the towns people.

For the first time the horn is mentioned in the records and the terms under which the horn could be blown was very firmly laid down laid down.

‘… and when the said assembly should be held then the alderman ought to sound the common horn. And that horn shall not be sounded except when the Burghmote ought to be held, and for a person’s death, and for the Lord King’s order, and for fire, and for setting the watch in the town or seaward for wrongdoers. And if that horn be sounded for any other things, the alderman will be at the mercy of the Abbot…’ (Gibson 2002 1130).

As a limb of Dover Faversham had to provide one ship ( see P…) towards the Cinque Ports quota, such vessel to carry 21 men and one boy. If summoned, they were to serve the King for 40 days – 15 of those days at their own cost and the rest at the cost of the king (Harrington and Hyde 2008; xlvii).

An earlier Borough charter granted on 4 June 1252 by Henry III (1216-1272) included the important clause that Faversham had the right to ‘den and strand’ at Yarmouth (see Chapt 4).

Faversham gained full autonomy in 1538 after the Abbey was dissolved by Henry VIII and the rubble shipped to the Pale of Calais in 1541 for its defence in 1536 (https://www.faversham.org/history/key-dates/chronology)

Bridge opines that the horn is possibly one of the oldest in existence assigning it to the early 14th century (Bridge 1905). Unfortunately, the inscription Ricardus Juvenus does not help with identifying when the horn was made or if it is the same one or a later replacement.

In 1355-6 by request of the King the town custumal was sent to Dover explaining the ‘uses and customs of Faversham as registered at Dover Castle’.

‘… first as was previously was the custom, there every year on the morrow of Michaelmas [29 September] it was the practice to blow the horn at four corners of the town with a common horn called burghorn and then all the people will gather in one place called Ildhalgren and there by common assent will choose the commoners, jurats, and three residents of very great , wiser and suitable for the office of the mayor of the town, and then they will choose a common serjeant who along with a person appointed by the tenants of Kingsmill will have the responsibility for the towns prison…’

The custumal goes on to reiterate when the horn can be blown as in the Abbots Agreement; on arrest of felons, death of a man, and land disputes or when somebody is made a freeman of the town when part of his oath on appointment is to ‘loyally come at the call of the mayor at the sounding of the common horn’ (Gibson 2002 132). 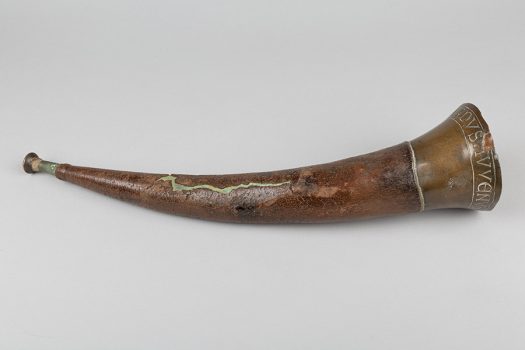 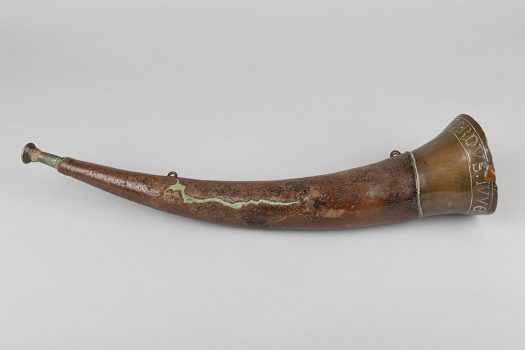 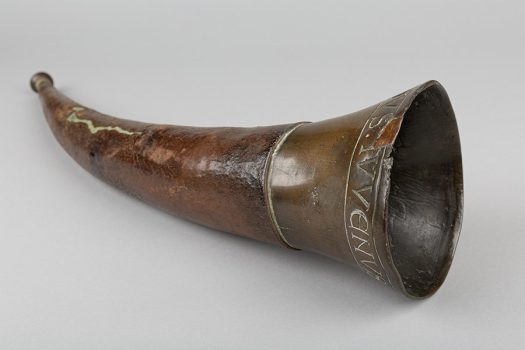 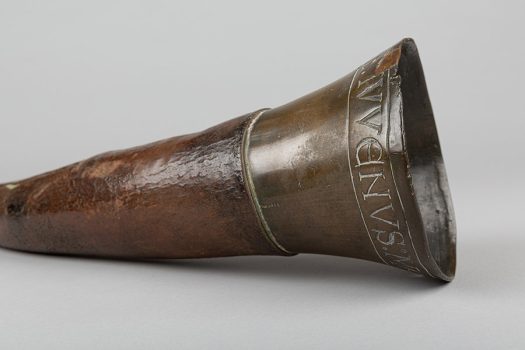 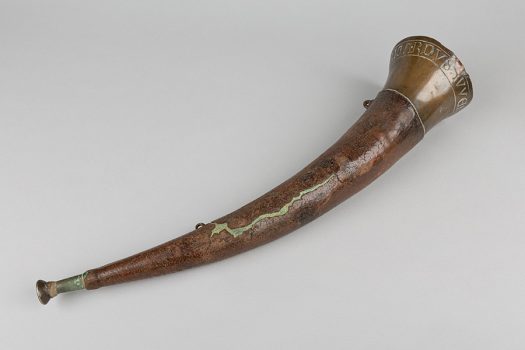 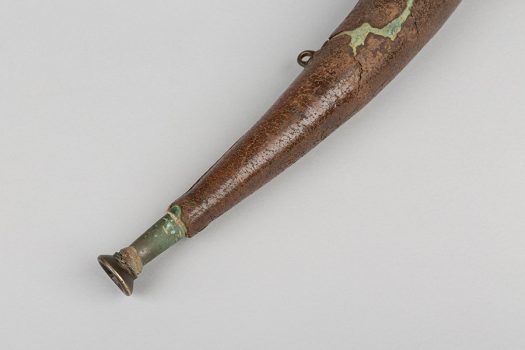 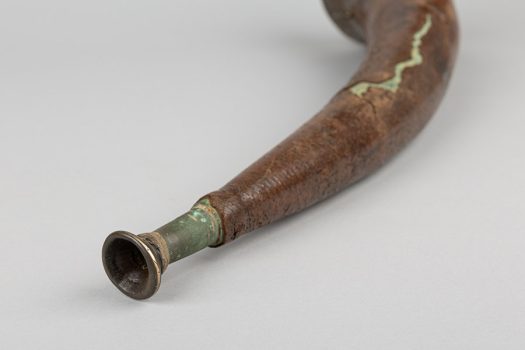 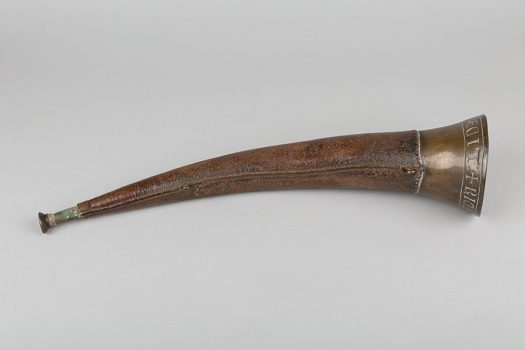 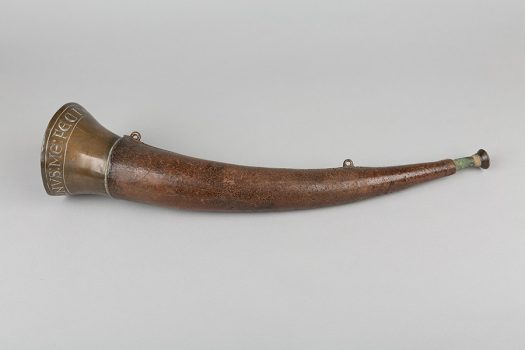 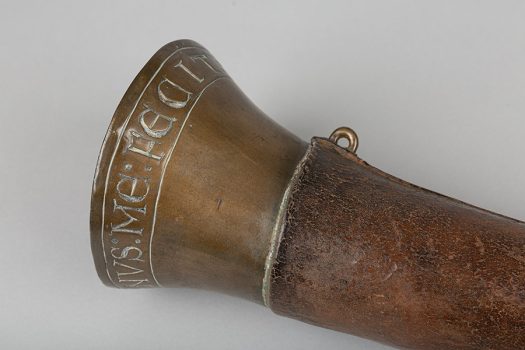 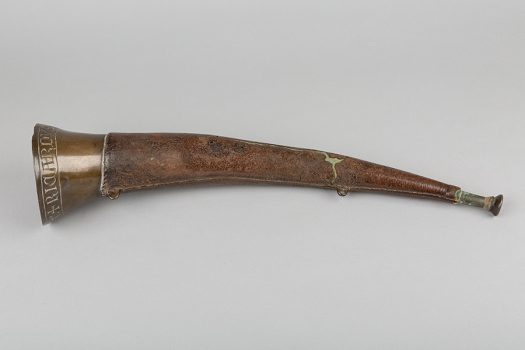 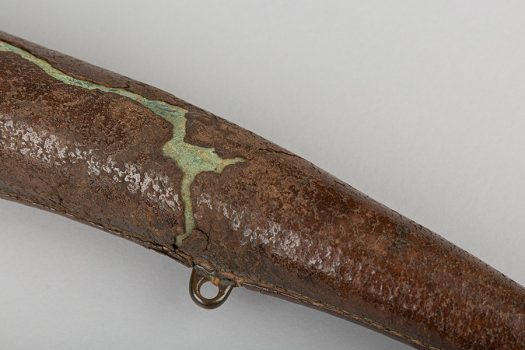 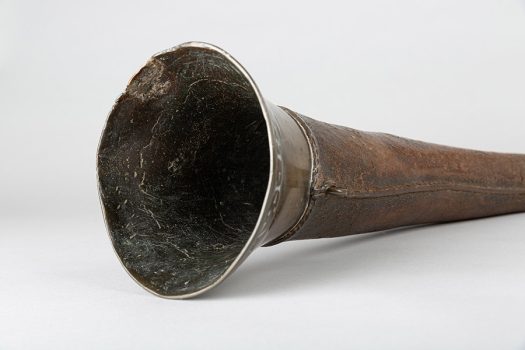 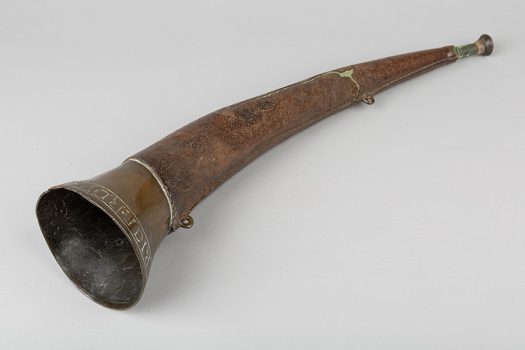 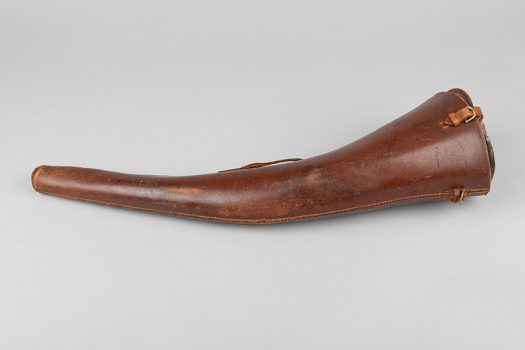 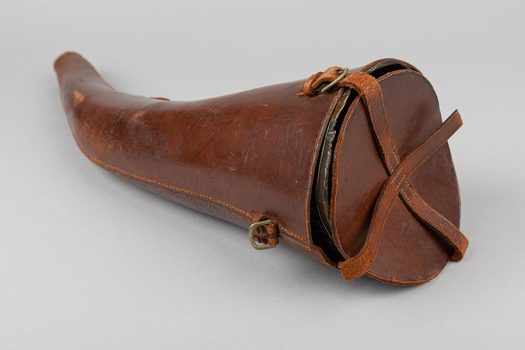