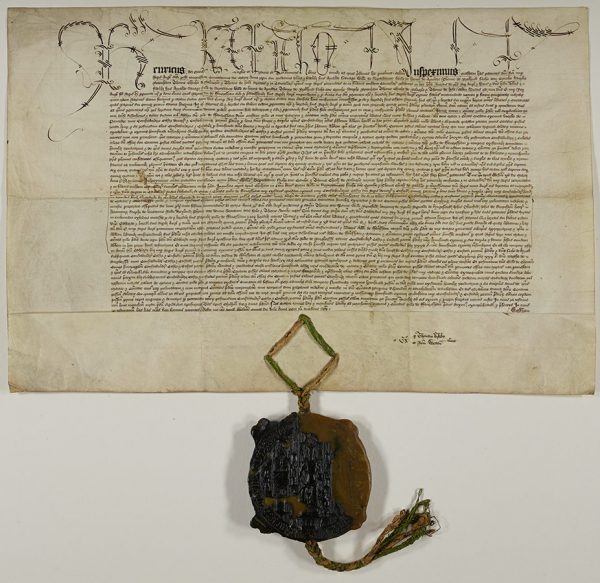 A certified copy of letter patent of Richard II (dated 1388) recording complaints by the mayor and commonality of Faversham of the exaction of gifts from them by the Constable of Dover, and finding by an inquisition that such gifts were given at first to obtain the Constable’s favour against the Abbot of Faversham, and later have been unlawfully claimed by successive Constables. 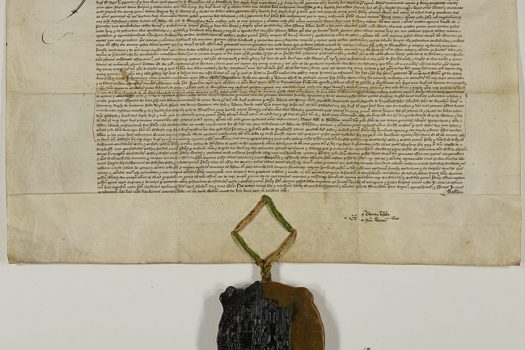 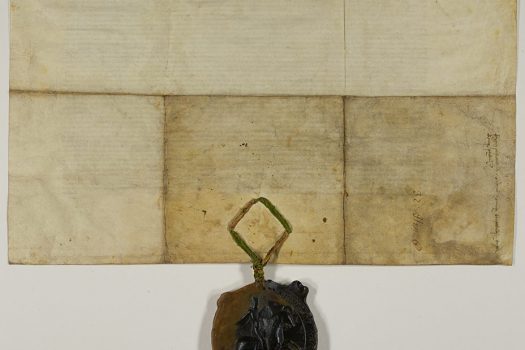