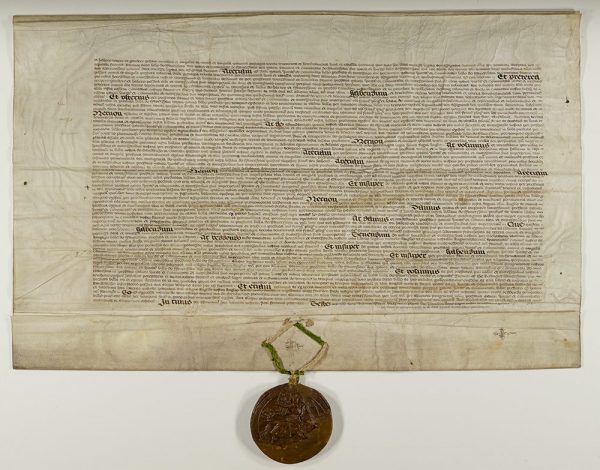 The government of Faversham has long been thought to belong to the mayor and jurats, and lately to the abbot, but now that the incorporation has been found to be insufficiently based in law, the King wishes to the incorporate the town anew for the benefit of the inhabitants.

The first mayor, jurats and freemen, under the new incorporation, are appointed, and the procedure is laid down for their election and replacement and the appointment of a ‘serjeant-at-mace’. Various corporate privileges are granted, including a common seal, a ‘portmote court’, a market three times a week and on half-holidays, and a fair in February and August. 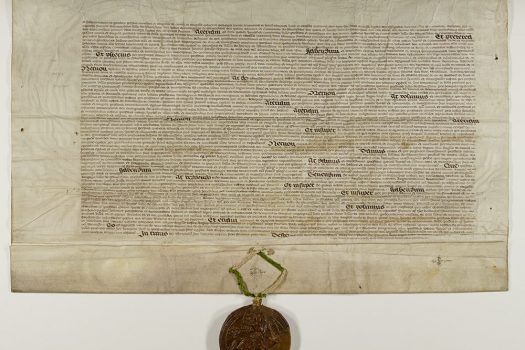 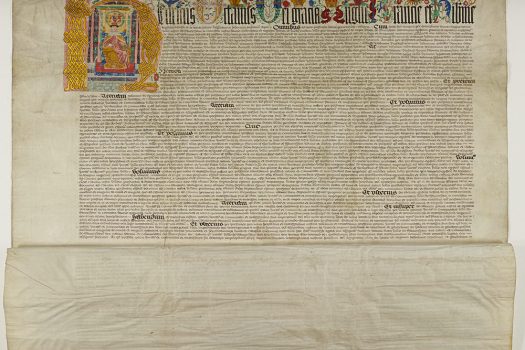 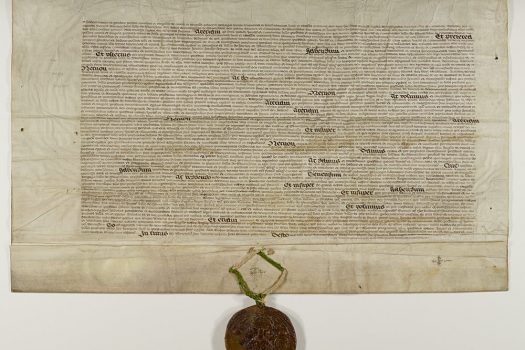