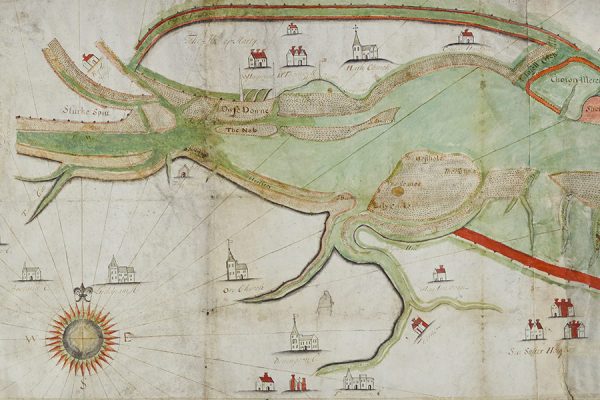 These maps of Faversham Creek and the Swale were probably made in the early seventeenth century. They are drawn by hand in pen and ink on parchment and are coloured with watercolour. They are very similar to each other (but not identical) and were made at the time of an enquiry into the boundaries of Faversham manor and hundred around the year 1620.

Faversham can be seen at the foot of each map (slightly to the left of the centre) with the creek running northward into the Swale. The maps extend from Teynham on the left (West) to beyond Whitstable on the right (East) and parts of the Isle of Sheppey at the top (North). The shape of the creek is clearly shown, meeting Oare Creek near its mouth and with Thorn Creek joining it just North of the town. The churches of Faversham, Davington, Oare and Luddenham are shown (among others) as well as buildings in the town and at Thorn, Nagden and Seasalter.

The maps were made to show the extent of the oyster fishery and other fishing grounds, so the shoreline and the various mud and shingle banks are very accurately shown. Notice also the fish ‘weares’ or traps on the right (East) on the shores of Sheppey and Whitstable. Artificial embankments and sea walls are shown as bold red lines.

These maps have been very little studied and have much to tell us about Faversham’s historical and geographical environment, especially the creek. 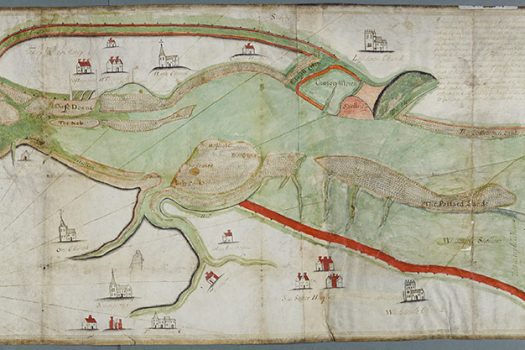 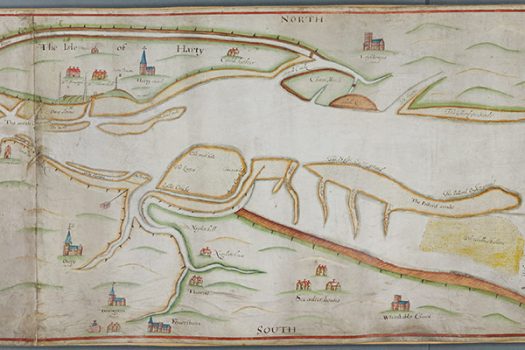